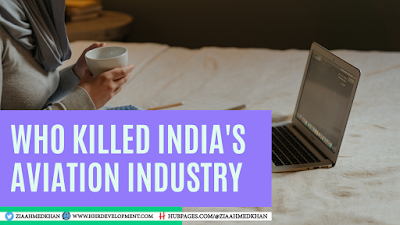 The Crash of Indian Aviation Sector

Who Killed Takeeuddin Abdul Waheed – The owner of East West Airline – Is this case of Corporate Rivalry.

Wahid was the managing director of East-West Airlines, the first private scheduled airline to begin service after liberalization. Wahid hailed from Edava near Varkala in Thiruvananthapuram district. He was killed in Mumbai when he was about to go home after a day at work.

East-West Airlines, which commenced services in 1992, shut down in 1996 after his murder. 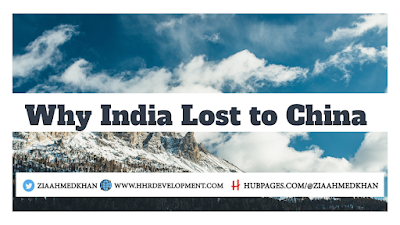 In the summer of 2005, retired army officer-turned-businessman GR Gopinath announced that he would enable Indians to fly at one rupee or less than a cent.

It was an incredulous sales pitch from the founder of the country's first budget airline.

Air Deccan, his then two-year-old no-frills airline modelled on European budget carriers like EasyJet and Ryanair, had already made flying affordable to millions of Indians. Capt Gopinath's tickets cost half of what competitors charged.

Now his airline introduced "dynamic pricing" where a small number of "early bird" customers could travel at a rupee. Latecomers would pay a higher ticket price, which would still be substantially lower than competitors. Not surprisingly, booking counters were overrun with customers, many of them first-time fliers. Critics howled such pricing methods would wreck the industry.

"The one-rupee ticket fired the imagination of the people and quickly became a buzzword," wrote Capt Gopinath in his memoir. He believed his airline had not "only broken the price barrier, but India's caste and class barrier to flying"

In the dynamic world of Indian aviation, failure of the $500-million plan to merge Jet Airways with Air Sahara has introduced a series of new twists and turns.

Explained: The rise and fall of private airlines

The suspension of operations at Jet Airways — at one time India’s largest private airline —  follows the troubles at Kingfisher, Air Deccan, and Sahara. A short history of hope and distress in a highly competitive market over the last 30 years.

Policy changes came in the 1990s — and liberalization and economic reforms gave the private aviation industry new wings of hope.

Founder promoter Naresh Goyal’s Jet Airways was one of the first private airlines in newly liberalised India. In 1993

Besides repealing The Air Corporation Act, the government announced an Open Skies policy in 1992, liberalising rules and regulations to open up the commercial aviation market. This led to the birth, over the next decade or so, of private sector players including ModiLuft, Damania Airways, Air Sahara, and East-West Airlines. Most of these new players, however, folded up soon or were merged — Jet Airways in contrast, stood out as an efficient private sector operator, gaining market share with each passing year.

ModiLuft and East-West ceased operations in 1996. Air Sahara, which started operations in 1993 as Sahara Airlines, was acquired by Jet in 2007 — a business move that many analysts argue marked the beginning of the company’s troubles.

ModiLuft, which had an excellent record for three years until it shut down in 1996, was later acquired by Ajay Singh, who launched it as SpiceJet in 2005 along with NRI businessman Bhulo Kansagra. As SpiceJet faced difficulties, Kansagra sold his stake to US distress investor Wilbur Ross in 2008, who sold it to Sun Group’s Kalanithi Maran a couple of years later. The airline was teetering on the verge of closure when it was again acquired by Ajay Singh in 2015, who turned it profitable.

The real expansion of the private airlines, and the number of domestic flyers in India, started in the 2000s. In 2003, Captain G R Gopinath started the country’s first low-cost carrier Air Deccan, which was followed by the launch of SpiceJet, IndiGo and GoAir. All these carriers followed the model of no-frills, cheaper tickets, and higher passenger load factors.

The LCC (low-cost carrier) model revolutionized the Indian aviation sector, pushing the country’s annual passenger growth rate to double digits. Alongside the LCCs, Kingfisher Airlines started operations in 2005, pitching itself in the middle of a no-frills and a full-service carrier. These new airlines posed a formidable challenge to Jet Airways, which had so far operated largely in a duopoly with state-owned carriers Air India and Indian Airlines (which were merged in 2011).

But the situation changed soon.

Air Deccan faced extreme financial difficulties and was bought by Kingfisher in 2007. However, Kingfisher itself went belly-up in 2012, while SpiceJet faced intermittent headwinds. Jet, which had a 44% share of the domestic passenger market in 2003-04, steadily lost ground — in February this year, the deeply troubled airline had only 10% of the domestic market share, fourth behind IndiGo (43.4%), SpiceJet (13.7%) and Air India (domestic, 12.8%), according to government data. In all these years, IndiGo stood out as the only carrier that improved its market share and financial performance.

In December 2004, the government announced a major policy change, allowing Indian scheduled carriers with a minimum five years’ continuous operations and a minimum of 20 aircraft (the so called 5/20 rule) to fly international routes. Jet was the key beneficiary of this policy change. In 2016, the government scrapped the 5/20 rule and replaced it with 0/20, enabling SpiceJet, IndiGo and GoAir to launch international flights in the following years.

challenges The Tata Group faced in getting approvals to start their own airline company in the 1990s. The regulatory struggle which began during the regime of Prime Minister PV Narasimha Rao continued during the regime of Prime Minister HD Deve Gowda. Innumerable bureaucratic hurdles continued to surface one after the other. In the light of the current scenario of India's civil aviation industry - where Jet Airways has closed its operations, Air India is up for sale, and legal agencies are exploring the inconsistencies that caused the downfall of India's state carrier, this story becomes even more interesting and topical. It tells us how India as a nation would have benefited if the governments of those decades had prioritized citizen well-being over political expedience in their decision making.

When Prime Minister Deve Gowda attended the World Economic Forum at Davos with Finance Minister P. Chidambaram in 1996-97, among other questions, they were asked about the ‘stop-go-stop’ status of the Tata-Singapore Airlines (SIA) venture. Their answer was that it was ‘being considered’. It would have been a diplomatic faux-pas to say anything else at a venue that was meant to project India as an attractive destination for foreign investments.

In the Union Cabinet Meeting held in April 1997, Finance Minister P. Chidambaram, Industry Minister Murasoli Maran and Foreign Minister Inder Kumar Gujral endorsed the clearance of the Tata-SIA proposal. However, Civil Aviation Minister Ibrahim had supposedly brought with him papers from four unions belonging to Indian Airlines, which threatened to go on strike if the Tata Airlines proposal was accepted. He contended that workers’ interests must be protected. The Prime Minister conceded to this concern and laid the proposal to rest.

Later that month, a formal rejection letter was sent to the Tata Group citing inconsistencies in the proposal with the civil aviation policy.

There were strong mutterings in the media that the aviation minister had altered the aviation policy at Naresh Goyal’s behest to upset Tatas’ aviation dreams. M.K. Kaw, civil aviation secretary under Minister Ibrahim, acknowledged this in his autobiography (An Outsider Everywhere),

‘The minister did not clear the file, despite several attempts on my part. The history of civil aviation in this country would have taken a different trajectory if Tata-SIA had been allowed to float an airline.’

In 1990s, Air India’s market share steadily declined, and losses mounted. Between 1995 and 1997, it reported consolidated losses of ₹671 crores. When the Atal Bihari Vajpayee-led Government came to power in 1998, it initiated a major disinvestment programme under Minister Arun Shourie. In 2001, a decision on divesting 40% stake in Air India was taken. Given its long and rich experience, the Tata Group was specifically encouraged to participate in the process. The national carrier was an attractive investment proposition because of its lucrative slots at key Indian and international airports, flying rights to global destinations, its fleet size and market share. Tatas were interested in exploring the opportunity and collaborated with SIA to study the feasibility. Its findings revealed that robust middle level managers at Air India would be an asset in turning around the enterprise. SIA and Tata Sons offered to take 20% stake each in Air India.

When their joint proposal emerged as sole bidders, it was almost a done deal. Yet, once again, there was an uproar. Virulent attacks by rival airline lobbyists and opposition from labour unions marred the atmosphere. Discomforted by these developments, Singapore Airlines withdrew its participation. It offered to assist the Tatas as technical advisors without any equity stake. That too cut no ice with decision makers. Tatas entry into the airline sector was successfully stonewalled one more time. [i]

I am therefore taking the decision to withdraw our application.’ A decade later, in 2010, while addressing the Tenth Foundation Day of Uttarakhand at Dehradun, he shared a conversation he had with a fellow industrialist during the days when Tatas had applied for the airline. ‘You are stupid people. The Minister was asking for ₹15-crore. Why didn’t you pay the money?’ the industrialist chided Mr Tata.

‘I did not want to go to bed knowing well that I set up an airline by paying ₹15-crore as a bribe,’ was Mr Tata’s reply.

He regretted that despite being a pioneer in Indian aviation, Tata Group faced enormous problems in gaining approvals for a domestic airline. ‘We approached three Prime Ministers. But an individual thwarted our efforts to form the airlines,’ he admitted in public. He did not name the individual, though the grapevine pointed the needle to Jet Chairman Goyal. On another occasion he confessed, ‘It is not that we were thwarted that bothers me, but that vested interests combined to deny the country the benefit of a world-class competitive airline.’

As for Air India, it had succeeded in accumulating losses of ₹50,000 crores and a debt of ₹55,000 crores by March 2018, a disdainful drain on the honest taxpayers’ money that could have been invested in vital social sector schemes. Besides the huge debt, some of the key problems plaguing the airline included routing and network issues, lack of decisive leadership, managerial complications, and internal incompatibility between the merged airlines. In his autobiographical account, M.K. Kaw regretted that the history of civil aviation in India had been a story of shameless exploitation and ruthless corruption. He called it ‘a fascinating saga of benami ownership of airlines, demands for bribes, destruction of rival airlines one-by-one, unwarranted purchase of aircraft, mismanagement of bureaucrats and politicians, free jaunts on inaugural flights, subsidized travel for many categories of travelers, VVIP flights, Haj flights and so on.’

By early 2019, Jet Airways faced operational closure; many observers calling it Karma coming a full circle. India’s characteristic Maharaja was on sale, yet no one wanted to acquire the once iconic brand that symbolized world-class air travel. Interestingly, Vistara was the only commercially successful full-service airline operating in India’s civil aviation space…