How four avid bloggers from Chennai made fortune by blogging
For most people, blogging serves as a good pastime, a forum to air or read views and opinions. However, for four yuppies from Chennai, harnessing the power of blogs has proved to be a money-minting venture million dollar business, to be precise.
Launched in August 2007, IndiBlogger.in started as a free blogging platform for Indians. However, the founders—Renie Ravin, Karthik DR, Vineet Rajan and Anoop Johnson—had a bigger game plan: to mobilize the blogosphere, a nascent field at the time, so that companies and brands could engage with their customers. The idea was conceptualized by the founders (barring Rajan), all in their 20s, at a party in early August 2007. Convinced that they were on to a good thing, the trio quit their respective jobs shortly afterwards and focused on their start-up. Rajan left his account manager's job with Hewlett Packard, Hyderabad, to join IndiBlogger after a bloggers' meet in Pune, in March 2008.
Luckily for the founders, they found an angel investor who chipped in with the seed capital. The money was spent on building infrastructure and marketing.
Here's how IndiBlogger works: Registering one's blog is free of charge, but members must publish at least five blog posts to continue to be a part of the community. The company's eight-strong team handles support and moderation from Chennai and Bangalore. The revenue comes from connecting brands and bloggers via unique blogging contests and meets, which are organized periodically across the country. The idea stems from the fact that brands see value in connecting with bloggers, who can influence the purchase decisions of their peer groups. In fact, a Neilsen report, Global Trust in Advertising Survey 2011, shows that less than a third of Netizens trust advertisements, while 92% have faith in peer and word-of-mouth recommendations.
Posted by Zia Ahmed at 4:27 AM No comments:

Could tech start-ups save UK economy

Can Start Up Save UK

Can Tech Start Up Save Germany

A major new programme to support fledgling technology start-ups in the UK is to be launched in the 2013.
Cloud hosting firm Rackspace is to offer £12,000 of hosting and mentoring for start-ups on the programme.
The launch comes as the government continued efforts to encourage successful UK start-ups to float on the stock exchange.
A survey of more than 50,000 entrepreneurs ranked London as the seventh best city to launch a start-up.
The report, by telecoms firm Telefonica, concluded that the UK's offering was "no Silicon Valley" - due mainly to a lack of investment and what is perceived as a risk-averse investment culture.
But Rackspace, whose start-up programme has aided more than 850 US start-ups in their early stages, said they felt the timing was right to launch its push in the UK.
Speaking at Google's Campus building in east London, technology blogger and Rackspace "evangelist" Robert Scoble drew parallels between London today and the early days of California's famous Silicon Valley.
"If you go downstairs [at Google Campus] you can see dozens of start-ups working at tiny little tables," he told the BBC.
"This feels a lot about how I saw Instagram for the first time - two guys sitting at a table coding like mad, two years later they're worth a billion dollars. It has that feel to it."
Rackspace is one of the world's largest cloud hosting firms - second only to Amazon.
The cloud, as it is known, is a term given to storing data on servers in a variety of locations - rather than on a local machine.
Cloud hosting gives small companies flexibility when starting out. Rather than pay for the rental of dedicated servers, which can be expensive, it means start-ups can just pay for what they need.
'Next Facebook' In September, the government announced plans to loosen regulations surrounding companies that wanted to float on the stock market.
The move, which was backed by several of the country's largest investment firms, would provide a "new route" to an initial public offering (IPO), universities minister David Willetts said.
A successful British IPO would be seen as a major success for the government's Tech City initiative - an organisation designed to promote the interests of UK-based start-ups globally.
Companies tipped to be likely IPO candidates in the new year include Mind Candy - creators of children's social network Moshi Monsters - and online loans company Wonga.
Mr Scoble said the key to a successful flotation was in the timing - and that chasing the "next Facebook" may not be the right move.
"Some of it is luck," he told the BBC.
"Some of it is about being at the right market window at the right time. Right now it's a really tough market window.
"In Silicon Valley the venture capitalists are telling me they're moving investment away from consumer and into enterprise because they're seeing that the consumer markets are too risky.
"They're investing less in consumer kinds of things - they're trying to get the kids to focus on the enterprise market."

Virgin Airlines, Expedia, Jet Airways and MakeMyTrip are taking the help of Bangalore-based startup Vizury to analyse massive volumes of digital data on the web and target potential customers.

The four year-old firm is expecting to clock revenue of $ 10 million to $ 12million  this year. However, it has not been an easy journey for the founders—Chetan Kulkarni, Gourav Chindlur and Vikram Nayak—who once worked at US-based Trilogy Software.

It was while chatting over lunch at Trilogy that they decided to quit their jobs and set up Vizury in 2008. They pooled in their savings of $ 2000 and converting Chindlur's bedroom into their office. They ran out of funds after 17 venture capital firms rejected their proposal to develop customer behavior analytics products.

"My wife was expecting and Vikram had to pay a huge lease for the apartment he had bought," says Kulkarni. They almost decided to shut down operations. That is when eight friends and angels came to their rescue, with crowd-sourced funding of $150,000 (Rs 80 lakh now) in 2009, which was used to develop a customer analytics product. 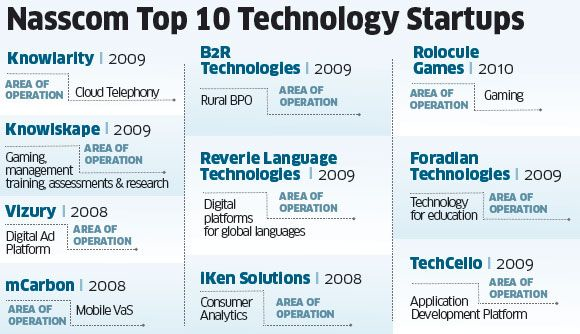 Email ThisBlogThis!Share to TwitterShare to FacebookShare to Pinterest
Labels: Dare to dream, ideas, IT, sky and beyond, small business, start up

Start Up Your Ideas

Start-ups it is nurturing
At $100 billion-plus, India's IT-BPO industry is large. However, largely focused on the low-end services delivery, it neither has the heft nor the glamour that Silicon Valley in the US enjoys. That may be changing slowly. 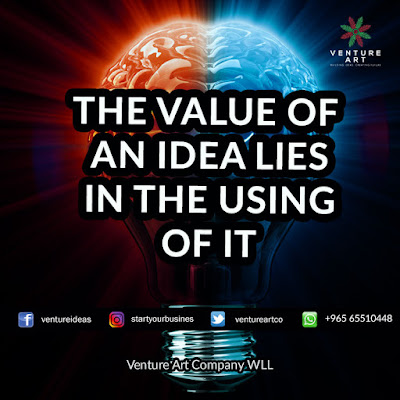 A just-released report by IT consultancy firm Zinnov reveals that IT product start-ups in India have been growing steadily over the years. Since 1990, it is estimated that more than 3,400 product start-ups were seeded in India. Between now and 2015, Zinnov expects about 1,000 new start-ups to join in.
On many counts, India almost mirrors what is happening in Silicon Valley. A large percentage of founders of start-ups in the US are from pedigreed top-notch IT companies like Google and Apple, who quit their jobs to turn entrepreneurs. This is happening in India too. For example, Pratyush Prasanna, founder of Plustxt, a start-up focusing on mobile messaging, has honed his skills at Microsoft and Xerox.
Globally, online services occupy a big focus area for product start-ups. In India too, this is the biggest chunk, comprising 34% of start-ups. Further, globally, these start-ups are increasingly looking at having a ubiquitous presence across platforms — from Windows to Android and iOS. In India too this is clearly visible. In fact here, many start-ups are also looking at Java as there is a sizeable population using Java-based phones. Start-ups in India, like their global counterparts, are working on cloud, looking beyond the Web.
Surprisingly, India does comparatively well on the gender diversity front in these start-ups. In Silicon Valley, around 10% of the start-ups have women as co-founders. In India that stands at about 6%. There is an area where India has some catching up to do, says Kishan M Bhat, engagement manager, Zinnov Consulting: "About 20% of the founders in Silicon Valley are fresher’s straight out of college. In India, that figure stands at 7%."
Here's a flavor of India's fledgling Silicon Valley, the start-ups it is nurturing and the entrepreneurs who are making it all happen, from Zinnov's report.
The Start-Up Boom
The Rise: The number of product start-ups being seeded in India every year has been rising steadily. In the next three years, about 1,000 start-ups could get seeded in India:
Where is the Boom
There are 3,402 product companies. Bangalore and the National Capital Region remain the hub, accounting for over half of these start-ups. While Bangalore's dominant position is understandable, it is NCR's infrastructure that makes it such an attractive place for incubating product start-ups. The NCR, according to the report, includes Delhi, Gurgaon, Noida, Chandigarh and Mohali. Bangalore includes Bangalore city, Mysore, Belgaum, Gulbarga and Hubli.
Web vs Cloud
While almost half (47%) of the start-ups in India today are working on Web-based platforms, there is a shift to cloud. The latter allows start-ups to get started with very small capital and to scale up quickly.
Fund Fundamentals
Source of Funding: Early-stage funding in India is today looking brighter than ever before. It has gone up from $44 million in 2005 to $1.1 billion in 2011.
Best Cities to Get Funding for Your Start-up
During 2005-12, 446 (19%) of the total 2,407 companies got funded. Of these, 149 were in Bangalore and 117 in NCR — about 58%. About 66% of the companies obtained funding within three years. Interestingly, a sixth got funding in the year of inception.
Sectorial Focus
Online services remain the biggest focus area for these start-ups, mirroring what is happening globally.
Start-Ups And Their Founders:
Experienced vs Freshers: Of the start-ups founded in 2009-12, more than 55% of the founders had less than 10 years of experience. The start-up itch is higher among executives with under 15 years of experience.
Start-up Hubs
VC Funding: US attract about 70% of global VC investment. Canada, Europe and Israel are stagnating or contracting while India shows modest growth, and China is close to emerging as the No. 2 global hub. 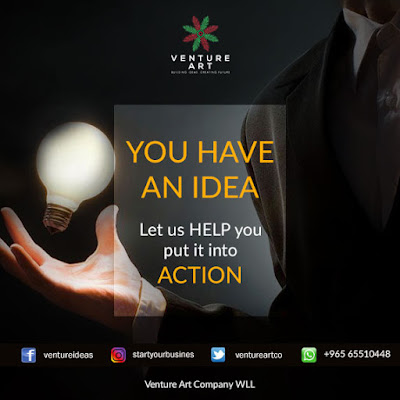 How to Improve and Succeed

Email ThisBlogThis!Share to TwitterShare to FacebookShare to Pinterest
Labels: 8 habit, 8th habit, Be Flexible, Connection with Others, Discipline, Ethics and Morals, Express Yourself, greatness, habit, Path, success, The Challenge, The Deposit, The Voice, Towards Solution, Trust, Your Voice