The total wealth in the world grew by 6 percent over the past 12 months to $280 trillion, marking the fastest wealth creation since 2012, according to the Credit Suisse report. More than half of the $16.7 trillion in new wealth was in the U.S., which grew $8.5 trillion richer.

But that wealth around the world is increasingly concentrated among those at the top.

Are 26 billionaires worth more than half the planet? The debate, explained.

Here’s a wild statistic: The 26 richest people on earth in 2018 had the same net worth as the poorest half of the world’s population, some 3.8 billion people. 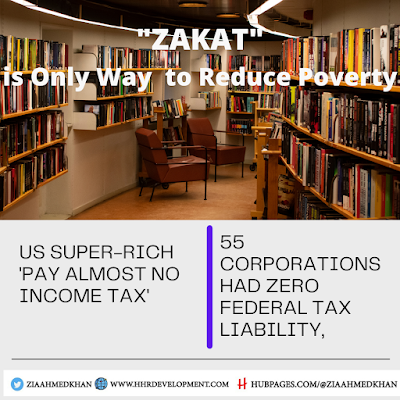 The more than twenty-one hundred billionaires globally own more of the world's wealth than the 4.6 billion people at the bottom of the global wealth pyramid, a report from Oxfam International finds.

According to the report, Time to Care: Unpaid and Underpaid Care Work and the Global Inequality Crisis (64 pages, PDF), the number of billionaires globally has doubled over the last decade, while the richest 1 percent have accumulated twice as much wealth as 90 percent of the global population, some 6.9 billion people. And global wealth inequality is worsening, in part because billionaire portfolios have enjoyed an average annual return of 7.4 percent over the last ten years — helped by low taxes and a 31 percent increase in dividends to shareholders — even as the average wage in G7 countries rose only 3 percent. Evidence of "a flawed and sexist economic system" is everywhere, the report's authors write.

The world’s 2,153 billionaires have more wealth than the 4.6 billion people who make up 60 percent of the planet’s population, reveals a new report from Oxfam today ahead of the World Economic Forum (WEF) in Davos, Switzerland.

Global inequality is shockingly entrenched and vast and the number of billionaires has doubled in the last decade. Oxfam India CEO Amitabh Behar, who is in Davos to represent the Oxfam confederation this year said: “The gap between rich and poor can't be resolved without deliberate inequality-busting policies, and too few governments are committed to these.”

“Our broken economies are lining the pockets of billionaires and big business at the expense of ordinary men and women. No wonder people are starting to question whether billionaires should even exist,” Behar said.

Eight men own the same wealth as the 3.6 billion people who make up the poorest half of humanity, according to a new report published by Oxfam today to mark the annual meeting of political and business leaders in Davos.

Oxfam’s report, ‘An economy for the 99 percent’, shows that the gap between rich and poor is far greater than had been feared. It details how big business and the super-rich are fuelling the inequality crisis by dodging taxes, driving down wages and using their power to influence politics. It calls for a fundamental change in the way we manage our economies so that they work for all people, and not just a fortunate few.

New and better data on the distribution of global wealth – particularly in India and China – indicates that the poorest half of the world has less wealth than had been previously thought.  Had this new data been available last year, it would have shown that nine billionaires owned the same wealth as the poorest half of the planet, and not 62, as Oxfam calculated at the time

The 25 richest Americans, including Jeff Bezos, Michael Bloomberg and Elon Musk, paid relatively little — and sometimes nothing — in federal income taxes between 2014 and 2018, according to an analysis from the news organization ProPublica that was based on a trove of Internal Revenue Service tax data.

The analysis showed that the nation’s richest executives paid just a fraction of their wealth in taxes — $13.6 billion in federal income taxes during a time period when their collective net worth increased by $401 billion, according to a tabulation by Forbes.

The documents reveal the stark inequity in the American tax system, as plutocrats like Mr. Bezos, Mr. Bloomberg, Warren Buffett, Mr. Musk and George Soros were able to benefit from a complex web of loopholes in the tax code and the fact that the United States puts its emphasis on taxing labor income versus wealth.

At least 55 of the largest corporations in America paid no federal corporate income taxes in their most recent fiscal year despite enjoying substantial pretax profits in the United States. This continues a decades-long trend of corporate tax avoidance by the biggest U.S. corporations, and it appears to be the product of long-standing tax breaks preserved or expanded by the 2017 Tax Cuts and Jobs Act (TCJA) as well as the CARES Act tax breaks enacted in the spring of 2020.

The tax-avoiding companies represent various industries and collectively enjoyed almost $40.5 billion in U.S. pretax income in 2020, according to their annual financial reports. The statutory federal tax rate for corporate profits is 21 percent. The 55 corporations would have paid a collective total of $8.5 billion for the year had they paid that rate on their 2020 income. Instead, they received $3.5 billion in tax rebates.

Their total corporate tax breaks for 2020, including $8.5 billion in tax avoidance and $3.5 billion in rebates, comes to $12 billion.

This report is based on ITEP’s analysis of annual financial reports filed by the nation’s largest publicly traded U.S.-based corporations in their most recent fiscal year. All data presented here come directly from the income tax notes of these reports. Some companies with unusual fiscal years have not yet filed such reports. Some publicly traded corporations paid nothing on profits in their most recent fiscal year but are not included in this report because they are not part of the S&P 500 or Fortune 500.

For decades, the biggest and most profitable U.S. corporations have found ways to shelter their profits from federal income taxation. ITEP reports have documented such tax avoidance since the early years of the Reagan administration’s misguided tax-cutting experiment. A widely cited ITEP analysis of an eight-year period (2008 through 2015) confirmed that federal tax avoidance remained rampant before the TCJA.

Now, with most corporations reporting their third year of results under the new corporate tax laws pushed through by President Donald Trump in 2017, it is crystal clear that the TCJA failed to address loopholes that enable tax dodging—and may have made it worse.

The delivery giant FedEx zeroed out its federal income tax on $1.2 billion of U.S. pretax income in 2020 and received a rebate of $230 million.

The U.S. income, current federal income tax and effective tax rates in 2020 for all 55 of the zero-tax companies are shown in the following table.

Analysts determined that the 55 companies, all part of the S&P 500 or Fortune 500, would have paid a combined total of $8.5 billion last year if they had paid at a 21% rate (the statutory federal corporate tax rate) on their profits.

Not only did they avoid paying any taxes on their profits, but these companies also received $3.5 billion in tax rebates, according to ITEP, a left-leaning, non-profit research group that analyzed each firm’s annual financial reports.